I was inspired to write this page because I was ridiculed about my belief that Jesus is God. I was told I should not believe in my imaginary God, Jesus, but in the gods of my ancestors. And that I am a creator god.

Well my ancestors were Adam and Eve, and Noah, since I also believe in a world wide flood, and they believed in and worshipped the creator God, the God of gods. I am not the creator God. 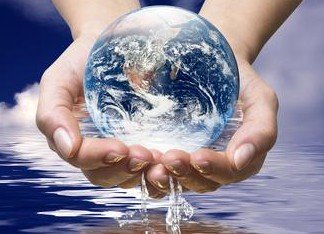 The Gospel of John chapter 1 tells us that Jesus was there at creation, and that He was also the creator. It says He was with God and He was God.

The God in Genesis is plural, for we know there are 3 in 1; God the Father, God the Son, and the Holy Spirit.

This is my response to their belief in other gods...

God of gods had to cast lucifer, who was the covering cherub in the heavenly sanctuary out of heaven. Why? He caused a rebellion, even war in heaven. Can you imagine war in heaven.

8. And prevailed not; neither was their place found any more in heaven. 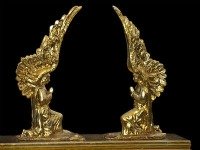 What caused this rebellion and war? He wanted to be above the God of gods. HE WANTED TO BE GOD.

12. How art thou fallen from heaven, O Lucifer, son of the morning! how art thou cut down to the ground, which didst weaken the nations!

13. For thou hast said in thine heart, I will ascend into heaven, I will exalt my throne above the stars of God: I will sit also upon the mount of the congregation, in the sides of the north:

14. I will ascend above the heights of the clouds; I will be like the most High.

The bible says, "Woe to the inhabiters ot the earth... for the devil is come down with great wrath". Yes lucifer, satan, the devil is angry for being kicked out of heaven, and he wants to make our lives miserable.

His first evil act on earth was to lie and deceive, and cause the first man and women to sin. What was his lie? "Ye shall be gods" .

For God doth know that in the day ye eat thereof, then your eyes shall be opened, and ye shall be as gods, knowing good and evil.


This lie is still being perpetuated today.
The devil is still deceiving people, convincing them that they are gods.
Why? Because he is angry and he wants to turn people away from the true God of gods. Do not be deceived...

16. Take heed to yourselves, that your heart be not deceived, and ye turn aside, and serve other gods, and worship them;

Don't be deceived, and don't make God angry, don't cast the God of gods behind your back.

15. But Jeshurun waxed fat, and kicked: thou art waxen fat, thou art grown thick, thou art covered with fatness; then he forsook God which made him, and lightly esteemed the Rock of his salvation.

16. They provoked him to jealousy with strange gods, with abominations provoked they him to anger.

17. They sacrificed unto devils, not to God; to gods whom they knew not, to new gods that came newly up, whom your fathers feared not.

9 But hast done evil above all that were before thee: for thou hast gone and made thee other gods, and molten images, to provoke me to anger, and hast cast me behind thy back:

The God of gods executed judgment on the gods of Egypt, and he will do it again.

4. For the Egyptians buried all their firstborn, which the LORD had smitten among them: upon their gods also the LORD executed judgments.

12. And I will kindle a fire in the houses of the gods of Egypt; and he shall burn them, and carry them away captives: and he shall array himself with the land of Egypt, as a shepherd putteth on his garment; and he shall go forth from thence in peace.

13. He shall break also the images of Bethshemesh, that is in the land of Egypt; and the houses of the gods of the Egyptians shall he burn with fire.

11. The LORD will be terrible unto them: for he will famish all the gods of the earth; and men shall worship him, every one from his place, even all the isles of the heathen.

THE GOD OF gods HAS DECLARED -

Thou shalt have none other gods before me.

1. If there arise among you a prophet, or a dreamer of dreams, and giveth thee a sign or a wonder,

2. And the sign or the wonder come to pass, whereof he spake unto thee, saying, Let us go after other gods, which thou hast not known, and let us serve them;

4. Ye shall walk after the LORD your God, and fear him, and keep his commandments, and obey his voice, and ye shall serve him, and cleave unto him.

There is no other God like the creator and true God, He is above all other gods.

11. Who is like unto thee, O LORD, among the gods? who is like thee, glorious in holiness, fearful in praises, doing wonders?

11. Now I know that the LORD is greater than all gods: for in the thing wherein they dealt proudly he was above them.


Who will you serve? The one true God or the gods of your ancestors who died in the flood, and in Egypt?

14. Now therefore fear the LORD, and serve him in sincerity and in truth: and put away the gods which your fathers served on the other side of the flood, and in Egypt; and serve ye the LORD.

15. And if it seem evil unto you to serve the LORD, choose you this day whom ye will serve; whether the gods which your fathers served that were on the other side of the flood, or the gods of the Amorites, in whose land ye dwell: but as for me and my house, we will serve the LORD.

The God I serve is God of gods, He is above all other gods.

3. For the LORD is a great God, and a great King above all gods.

4. For the LORD is great, and greatly to be praised: he is to be feared above all gods.

9. For thou, LORD, art high above all the earth: thou art exalted far above all gods.

5. For I know that the LORD is great, and that our Lord is above all gods.

5. For all the gods of the nations are idols: but the LORD made the heavens.

These verses from Chronicles were used for
Daily Bible Verses 365

25. For great is the LORD, and greatly to be praised: he also is to be feared above all gods.


26. For all the gods of the people are idols: but the LORD made the heavens.


Click here to read more on The God of gods...

This book is about the controversy between God and satan...