Noah And The Great Flood

God told Noah to build an ark 120 years before the great flood began. 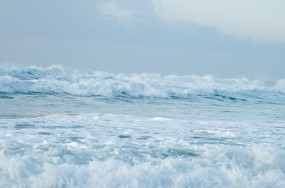 Once the great flood started it lasted a long time -

4. For yet seven days, and I will cause it to rain upon the earth forty days and forty nights; and every living substance that I have made will I destroy from off the face of the earth.

10. And it came to pass after seven days, that the waters of the flood were upon the earth.

11. In the six hundredth year of Noah's life, in the second month, the seventeenth day of the month, the same day were all the fountains of the great deep broken up, and the windows of heaven were opened.

17. And the flood was forty days upon the earth; and the waters increased, and bare up the ark, and it was lift up above the earth.

18. And the waters prevailed, and were increased greatly upon the earth; and the ark went upon the face of the waters.

19. And the waters prevailed exceedingly upon the earth; and all the high hills, that were under the whole heaven, were covered.

20. Fifteen cubits upward did the waters prevail; and the mountains were covered.

24. And the waters prevailed upon the earth an hundred and fifty days.


Everything not inside Noah's Ark was destroyed by the great flood -

22. All in whose nostrils was the breath of life, of all that was in the dry land, died.

23. And every living substance was destroyed which was upon the face of the ground, both man, and cattle, and the creeping things, and the fowl of the heaven; and they were destroyed from the earth: and Noah only remained alive, and they that were with him in the ark.


The Great Flood
Noah and his family were still in the ark 150 days later, because the water still covered the whole earth. God then caused the water from the great flood started to go down. It was 40 days later before Noah first opened the window in the ark. 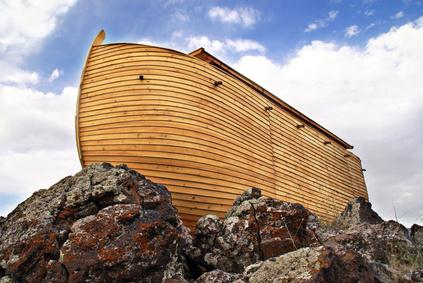 1. And God remembered Noah, and every living thing, and all the cattle that was with him in the ark: and God made a wind to pass over the earth, and the waters assuaged;

2. The fountains also of the deep and the windows of heaven were stopped, and the rain from heaven was restrained;

3. And the waters returned from off the earth continually: and after the end of the hundred and fifty days the waters were abated.

4. And the ark rested in the seventh month, on the seventeenth day of the month, upon the mountains of Ararat.

6. And it came to pass at the end of forty days, that Noah opened the window of the ark which he had made:

7. And he sent forth a raven, which went forth to and fro, until the waters were dried up from off the earth.

8. Also he sent forth a dove from him, to see if the waters were abated from off the face of the ground;

10. And he stayed yet other seven days; and again he sent forth the dove out of the ark;

11. And the dove came in to him in the evening; and, lo, in her mouth was an olive leaf plucked off: so Noah knew that the waters were abated from off the earth.

12. And he stayed yet other seven days; and sent forth the dove; which returned not again unto him any more.

13. And it came to pass in the six hundredth and first year, in the first month, the first day of the month, the waters were dried up from off the earth: and Noah removed the covering of the ark, and looked, and, behold, the face of the ground was dry.

14. And in the second month, on the seven and twentieth day of the month, was the earth dried.

19. Every beast, every creeping thing, and every fowl, and whatsoever creepeth upon the earth, after their kinds, went forth out of the ark.

21. And the LORD smelled a sweet savour; and the LORD said in his heart, I will not again curse the ground any more for man's sake; for the imagination of man's heart is evil from his youth; neither will I again smite any more every thing living, as I have done.

22. While the earth remaineth, seedtime and harvest, and cold and heat, and summer and winter, and day and night shall not cease.

8. And God spake unto Noah, and to his sons with him, saying,

9. And I, behold, I establish my covenant with you, and with your seed after you;

11. And I will establish my covenant with you, neither shall all flesh be cut off any more by the waters of a flood; neither shall there any more be a flood to destroy the earth. 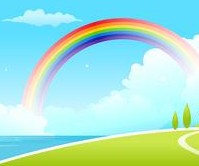 After the great flood, God gave us the rainbow as a reminder of his promise not to destroy the earth again with water. -

12. And God said, This is the token of the covenant which I make between me and you and every living creature that is with you, for perpetual generations:

13. I do set my bow in the cloud, and it shall be for a token of a covenant between me and the earth.

14. And it shall come to pass, when I bring a cloud over the earth, that the bow shall be seen in the cloud:

15. And I will remember my covenant, which is between me and you and every living creature of all flesh; and the waters shall no more become a flood to destroy all flesh.

16. And the bow shall be in the cloud; and I will look upon it, that I may remember the everlasting covenant between God and every living creature of all flesh that is upon the earth.

17. And God said unto Noah, This is the token of the covenant, which I have established between me and all flesh that is upon the earth.


See the hydroplate theory on the Great Flood -


The bible says that world will again be as wicked as in the days of Noah and the great flood, but will be destroyed by fire next time, so let's make sure we are saved like those in the ark, and

Receive God's great gift that he has for us.