5. And God saw that the wickedness of man was great in the earth, and that every imagination of the thoughts of his heart was only evil continually.

6. And it repented the LORD that he had made man on the earth, and it grieved him at his heart.

7. And the LORD said, I will destroy man whom I have created from the face of the earth; both man, and beast, and the creeping thing, and the fowls of the air; for it repenteth me that I have made them.

8. But Noah found grace in the eyes of the LORD.

11. The earth also was corrupt before God, and the earth was filled with violence.


Noah's Ark was built according to God's boat building plan - 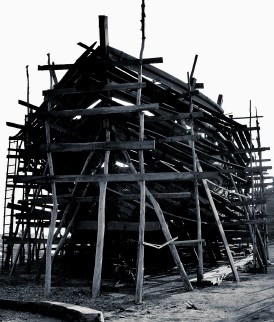 14. Make thee an ark of gopher wood; rooms shalt thou make in the ark, and shalt pitch it within and without with pitch.

15. And this is the fashion which thou shalt make it of: The length of the ark shall be three hundred cubits, the breadth of it fifty cubits, and the height of it thirty cubits.

17. And, behold, I, even I, do bring a flood of waters upon the earth, to destroy all flesh, wherein is the breath of life, from under heaven; and every thing that is in the earth shall die.


Both humans and animals, including birds, were to be kept alive in Noah's Ark. Noah's family was the only righteous family God could find -

18. But with thee will I establish my covenant; and thou shalt come into the ark, thou, and thy sons, and thy wife, and thy sons' wives with thee.

19. And of every living thing of all flesh, two of every sort shalt thou bring into the ark, to keep them alive with thee; they shall be male and female.

21. And take thou unto thee of all food that is eaten, and thou shalt gather it to thee; and it shall be for food for thee, and for them.

22. Thus did Noah; according to all that God commanded him, so did he.

1. And the LORD said unto Noah, Come thou and all thy house into the ark; for thee have I seen righteous before me in this generation.


Seven of each clean animalswent into Noah's Ark, and two of each unclean animal. They went in orderly, two by two -

3. Of fowls also of the air by sevens, the male and the female; to keep seed alive upon the face of all the earth.

7. And Noah went in, and his sons, and his wife, and his sons' wives with him, into the ark, because of the waters of the flood.

8. Of clean beasts, and of beasts that are not clean, and of fowls, and of every thing that creepeth upon the earth,

9. There went in two and two unto Noah into the ark, the male and the female, as God had commanded Noah.

13. In the selfsame day entered Noah, and Shem, and Ham, and Japheth, the sons of Noah, and Noah's wife, and the three wives of his sons with them, into the ark;

15. And they went in unto Noah into the ark, two and two of all flesh, wherein is the breath of life.

16. And they that went in, went in male and female of all flesh, as God had commanded him: and the LORD shut him in.

They were inside the Ark seven days before the great flood began.

Click on the links to go -
from Noah's Ark to the Great Flood....
A Noah's Ark word search puzzle...

Click on the below picture to learn how Noah's Ark has been found. 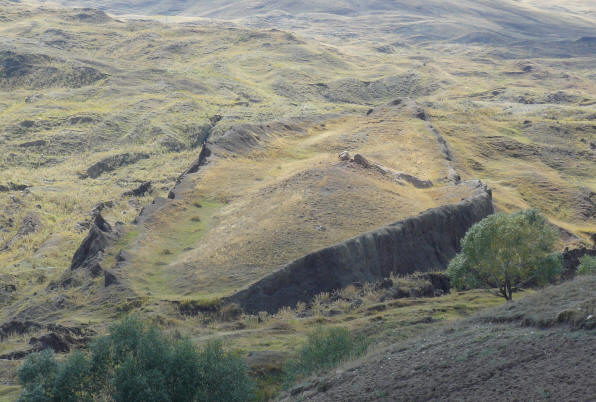