Servants Of The Most High God

This story of Shadrach, Meshach, Abednego, and the most high God began after Nebuchadnezzar had a dream about an image made of gold, silver, brass, iron, and clay.

He decided he would make an image of all gold, and have everyone bow down and worship this golden image whenever they heard music played from various instruments. Anyone who did not obey would be cast into a furnace.

When the music played Shadrach, Meshach, and Abednego refused to bow. The bible says that in his rage and fury Nebuchadnezzar commanded that they be brought to him.

He gave them a second chance to bow down and worship the golden image before throwing them into the furnace, but they refused. They told him God was able to deliver them.

Now Nebuchadnezzar was so angry that he commanded that the furnace be made seven times hotter than usual. The furnace was so hot that the flames killed the men who threw them into the fire. 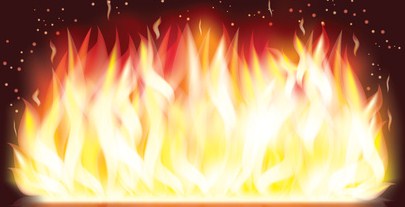 23. And these three men, Shadrach, Meshach, and Abednego, fell down bound into the midst of the burning fiery furnace.

24. Then Nebuchadnezzar the king was astonished, and rose up in haste, and spake, and said unto his counsellors, Did not we cast three men bound into the midst of the fire? They answered and said unto the king, True, O king.

25. He answered and said, Lo, I see four men loose, walking in the midst of the fire, and they have no hurt; and the form of the fourth is like the Son of God.

27. And the princes, governors, and captains, and the king's counsellors, being gathered together, saw these men, upon whose bodies the fire had no power, nor was an hair of their head singed, neither were their coats changed, nor the smell of fire had passed on them.

28. Then Nebuchadnezzar spake, and said, Blessed be the God of Shadrach, Meshach, and Abednego, who hath sent his angel, and delivered his servants that trusted in him, and have changed the king's word, and yielded their bodies, that they might not serve nor worship any god, except their own God.

Shadrach Meshach Abednego
Many of us go through trials and wonder can God hear our prays. Is He listening? In this story note they were not helped before they were thrown into the fire, but after. So when troubles come your way put and keep your trust in the Most High God.