The story of Moses in Egypt

The story of Moses in Egypt continues, after he was nursed by his mother, with him being bought up by pharaoh's daughter, and taught in the ways of the Egyptians until he was forty.

22. And Moses was learned in all the wisdom of the Egyptians, and was mighty in words and in deeds.

23. And when he was full forty years old, it came into his heart to visit his brethren the children of Israel.

This story about Moses in Egypt lets us know that he knew even than that God had called him to deliver the Israelites from bondage.

11. And it came to pass in those days, when Moses was grown, that he went out unto his brethren, and looked on their burdens: and he spied an Egyptian smiting an Hebrew, one of his brethren.

12. And he looked this way and that way, and when he saw that there was no man, he slew the Egyptian, and hid him in the sand.

24. And seeing one of them suffer wrong, he defended him, and avenged him that was oppressed, and smote the Egyptian:

25. For he supposed his brethren would have understood how that God by his hand would deliver them: but they understood not.

At that time, in the story of Moses in Egypt, God was not ready for him to deliver the Israelites from slavery. Most likely because he was trusting in his own ability and the wisdom of the Egyptians, and not the power of God.

13. And when he went out the second day, behold, two men of the Hebrews strove together: and he said to him that did the wrong, Wherefore smitest thou thy fellow?

14. And he said, Who made thee a prince and a judge over us? intendest thou to kill me, as thou killedst the Egyptian? And Moses feared, and said, Surely this thing is known.

15. Now when Pharaoh heard this thing, he sought to slay Moses. But Moses fled from the face of Pharaoh, and dwelt in the land of Midian: and he sat down by a well. 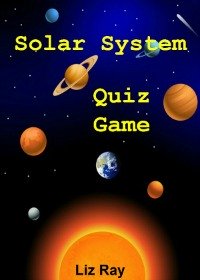