Bible verses for Baptism state it is an outward sign of being cleansed from sin after repentance and forgiveness of our sins.

3. And he came into all the country about Jordan, preaching the baptism of repentance for the remission of sins;

4. John did baptize in the wilderness, and preach the baptism of repentance for the remission of sins.

38. Then Peter said unto them, Repent, and be baptized every one of you in the name of Jesus Christ for the remission of sins, and ye shall receive the gift of the Holy Ghost.

41. Then they that gladly received his word were baptized: and the same day there were added unto them about three thousand souls.

12. But when they believed Philip preaching the things concerning the kingdom of God, and the name of Jesus Christ, they were baptized, both men and women.

13. Then Simon himself believed also: and when he was baptized, he continued with Philip, and wondered, beholding the miracles and signs which were done.

8. And Crispus, the chief ruler of the synagogue, believed on the Lord with all his house; and many of the Corinthians hearing believed, and were baptized.

4. Then said Paul, John verily baptized with the baptism of repentance, saying unto the people, that they should believe on him which should come after him, that is, on Christ Jesus.

Jerusalem, and were all baptized of him in the river of Jordan, confessing their sins.


Baptism means to immerse, ie. to be put under, submerge, dip, plunge, and requires a lot of water. -

23. And John also was baptizing in Aenon near to Salim, because there was much water there: and they came, and were baptized.

36. And as they went on their way, they came unto a certain water: and the eunuch said, See, here is water; what doth hinder me to be baptized?

37. And Philip said, If thou believest with all thine heart, thou mayest. And he answered and said, I believe that Jesus Christ is the Son of God.

38. And he commanded the chariot to stand still: and they went down both into the water, both Philip and the eunuch; and he baptized him.


John baptized Jesus in the Jordan River, not because he had sinned and needed to repent, but as our example in regard to baptism.

13. Then cometh Jesus from Galilee to Jordan unto John, to be baptized of him.

14. But John forbad him, saying, I have need to be baptized of thee, and comest thou to me?

15. And Jesus answering said unto him, Suffer it to be so now: for thus it becometh us to fulfil all righteousness. Then he suffered him.


After Jesus’ baptism the Holy Spirit came down upon him. -

16. And Jesus, when he was baptized, went up straightway out of the water: and, lo, the heavens were opened unto him, and he saw the Spirit of God descending like a dove, and lighting upon him:

9. And it came to pass in those days, that Jesus came from Nazareth of Galilee, and was baptized of John in Jordan.

10. And straightway coming up out of the water, he saw the heavens opened, and the Spirit like a dove descending upon him:

A baptism is done in the name of the Lord. -

16. (For as yet he was fallen upon none of them: only they were baptized in the name of the Lord Jesus.)

48. And he commanded them to be baptized in the name of the Lord.

5. When they heard this, they were baptized in the name of the Lord Jesus.

11. I indeed baptize you with water unto repentance. but he that cometh after me is mightier than I, whose shoes I am not worthy to bear: he shall baptize you with the Holy Ghost, and with fire:

8. I indeed have baptized you with water: but he shall baptize you with the Holy Ghost.

16. John answered, saying unto them all, I indeed baptize you with water; but one mightier than I cometh, the latchet of whose shoes I am not worthy to unloose: he shall baptize you with the Holy Ghost and with fire:

25. And they asked him, and said unto him, Why baptizest thou then, if thou be not that Christ, nor Elias, neither that prophet?

26. John answered them, saying, I baptize with water: but there standeth one among you, whom ye know not;

33. And I knew him not: but he that sent me to baptize with water, the same said unto me, Upon whom thou shalt see the Spirit descending, and remaining on him, the same is he which baptizeth with the Holy Ghost.


Do you believe in Jesus Christ and baptism, and want cleansing from sin?

16. And now why tarriest thou? arise, and be baptized, and wash away thy sins, calling on the name of the Lord. 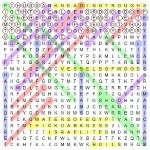